Headlines below the fold 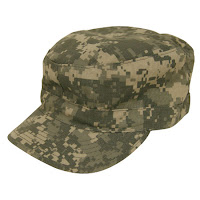 I knew the USArmy was issued blackberets by Clinton as a "feelgood" exercize, but I didn't realize that they were supposed to be worn with fatigues, not just with the regular uniform. When worn with the fatigues, they look...silly... and they are hot, bulky, hard to clean, and don't fit in the pocket, so in dirty areas the patrol cap was used.
Now theArmy has finally okayed Patrol cap as the official gear for wearing with fatigues.
However, the Special forces types will keep their berets. 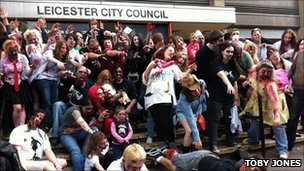 Leicester UK city council admitted that they were not prepared for a zombie attack.

And lo, the zombies did attack.

Alternative explanation: You think it's bad now, just wait a decade or two...

Factoid: Lymphoma of the brain is much more common in those with HIV and immune problems...

The Philippines has only one destroyer (a World War II surplus ship) in their fleet, and is sending it to the Philippine coastal waters as a warning...

And lots of rain from a tropical depression...flooding expected.

China and parts of India already have massive floods, and this bodes bad for the newly planted crops.

Astronomers find comet full of fizz
Posted by Nancy Reyes at 6:55 AM