Stuff around the net

Drudge links to an article about Virginia state planning a master data base of everyone living there.

Heh. What's not to worry about.

They are using driver's licenses to make the database.
Of course, you can buy a fake driver's license in nearby Washington DC for a couple hundred dollars, so why worry?

And the real absurdity? When I tried to comment there, they would only allow it if I signed in with facebook....and I don't use facebook to comment because signing in allows them to snoop on all my information there, including my contacts.

Of course, I don't have to worry about being on the database: I now collect social security, and once worked for the feds. And we had fingerprints and photo on our Oklahoma driver's licenses...

and of course, now that Obamacare is here, the master data base will know that you smoke and your sexual habits...

I thought that they would use "My little pony" to push Obamacare, but apparently they prefer to use a "carebear". 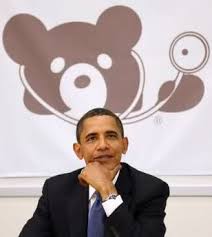 Yes, death panels, snooping into your life, and fuzzy little animals go together
George Orwell is not available to comment.

and yes, actually I am for federal medical care: but after working with the IHS where rationing was common, hospitals were understaffed, and repairs and improvements took 3 to 5 years to get done, I am not sure I would use it myself. And even in the IHS we tried to get our patients on Medicaid, which paid better and offered better services for them, not to mention a lot of tribes are taking over their clinics to get better care for their people.


And guess who is there? 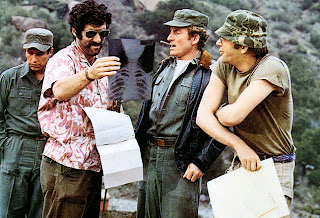 Yes, that is President Snow playing Hawkeye.
and my blog is named after Hawkeye's clinic from MASH in Maine.

The doc who wrote the book actually was a surgeon in Maine, and the film mirrors the book.

The TV show, however, mirrored the ethos of Hollywood and had little actual medicine in it. I mean, they made it "anti war", echoing the anti viet nam war sentiments that were common back then.

the  same "give peace a chance" folks don't seem to notice that maybe the Korean war was worth it.