Why worry about measles?

Ah, but not vaccinating your kid isn't dangerous because there is no natural measles around, right, and he is protected by "herd immunity", where most of the kids are immune so the epidemic won't spread.

Three problems with this:

One: Illegal immigrants. They bring in cases from outside, and even if their kids got the vaccine, there is always the question if it was properly administered. The vaccine is very heat sensitive, so if it is left defrosted too long, or if the storage area wasn't kept cold enough, it might not work.

Two: In some areas, rich yuppies, who never saw a measles case in their life, think it is a "minor" disease, and are scared by the celebrities insisting it causes autism. So they don't vaccinate, but that leaves a population of unvaccinated kids in some areas that will enable the disease to spread.

Three: The vaccine is not given until 18 months, because early experience showed doctors that if given too early, it just doesn't work. The reason is thought to be that until this age, they have some immunity from their mother that interferes with the vaccine's immunity.

Even when given at 18 months, the immunity wears off by the time you are a teenager, so they now give a second shot at age 5 or 6 to boost the immune system.

But that second shot wasn't given to everyone: So there are adults out there who could catch it.

And although babies are usually protected by their mother's antibodies, that might not be true for all babies. True, children of immigrants might be protected because mom had measles as a child, but with the widespread use of vaccine, it also means that maybe their moms didn't get the second shot, so have low immune levels.

And even kids born of moms who had measles can catch it.

When we worked in Africa, when there was a measles epidemic, we gave it to children starting at age 8 months, but instructed moms they had to get a second shot. It wasn't a good idea, since some would never get their second shot, but the alternative was dead babies.


NEW YORK (WABC) -- New York City health officials have identified another case of measles, bringing the total reported in the city to 20, nine children and 11 adults.
Residents from Manhattan, the Bronx and Brooklyn have acquired measles, officials said. The outbreak remains centered in Northern Manhattan. Five hospitalizations have occurred as a result of this outbreak. Cases range in age from 3 months to 63 years...
Adults who are unsure of their vaccination history can be revaccinated or obtain a blood test to see if they are immune. Several adults who are included in this outbreak thought they had been vaccinated in the past, but lacked documentation.
As many as one in three people with measles develop complications. These complications from measles can be very serious and include pneumonia, miscarriage, brain inflammation, hospitalization and even death. Infants under 1 year of age, people who have a weakened immune system and non-immune pregnant women are at highest risk of severe illness and complications.
.

Ah, but your kid didn't get autism from the vaccine, you argue.

Well, as a doc who predates "autism", maybe it's because these kids in the past were not called autistic. They were diagnosed as mentally retarded and institutionalized, or else called "child hood schizophrenia". Like a lot of doccs, I'm not convinced there is an "autism epidemic", but just that more kids are diagnosed as "autistic". And the cause of their problem might be interuterine infection (mainly from viruses), chromosomal problems, or viral encephalitis that presents with a high fever then the child starts to deteriorate afterward.

And of course, the increase of drug and alcohol abuse, not to mention the increase of cigarette smoking in women, and the increase in chemicals and other pollutants in the water supply have nothing to do with the epidemic (which predates GM crops or that would  be blamed for the problem). I tended to work with the poor, and fetal alcohol syndrome was a major cause of both ADHD, autistic like behavior, and learning disabilities. 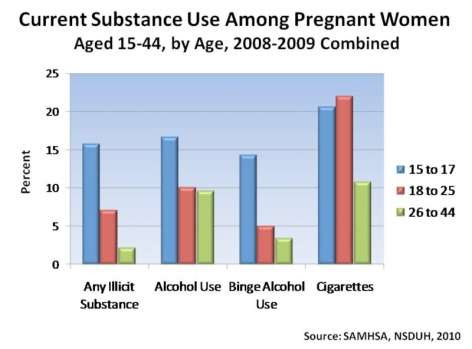 So there you have it.

Hysterical celebrities see a problem and find a scapegoat, and voila, thousand stop getting their children shots.

Soon there is a sizable number of folks who are not immune, meaning that the protection of "Herd immunity" won't stop the epidemic from spreading, and voila, an epidemic that is entirely man made.

Sham on the view and other shows from spreading such non scientific nonsense.


continued on my medical blog.
Posted by Nancy Reyes at 7:24 AM