Of course, we all know Sarah's real sin is not aborting her kid.

As for the dogs, well, if the dogs involved are upset, maybe they should try this: 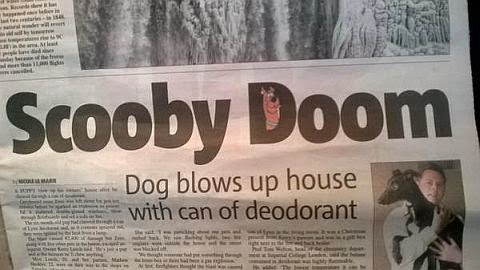 
As for PETA: personally I loath PETA: They pay for affluent white (usually  blond) buxom female foreigners to fly over here and proselytize against eating fish and chicken (usually by prancing around naked so they can get headlines). For example, this Canadian bimbo not only got a free trip to Manila but to Malaysia  and Europe....
Notice she's not protesting in Tacloban either. She might have to touch yucky stuff

What’s one thing most people don’t know about you?I am terrified of human hair (when it’s not on people’s heads). Having to pick up a hair from my bathroom floor is enough to make me gag. I won’t even talk about my shower drain.

Just ignore those streetkids begging in the background of their photos...of course, those kids probably rarely can afford chicken or fish in their diet (which is why so many have the reddish hair of protein deficiency). 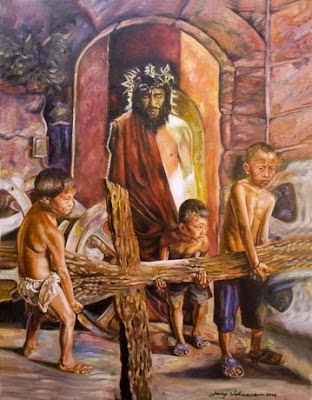 The smugglers’ tactic appears to be to point a cargo ship full of migrants towards Italy, before abandoning the ship and letting the coastguard pick it up.The gangs buy rusty vessels at the end of their life for around £100,000 before selling spots to hundreds of migrants. Ezadeen, a Sierra Leone-flagged ship, was the 15th to reach Italy in just three months.


More HERE.
of course, that is missing the point: The point is that it is a non verbal way to identify one own's suffering with that of the suffering Christ, and to express prayer for help. Instead of using words to the deity in private, it is a communal expression of the idea that we share Christ's sufferings with each other's sufferings...