Cat item of the day

Send in the Rocket cat! 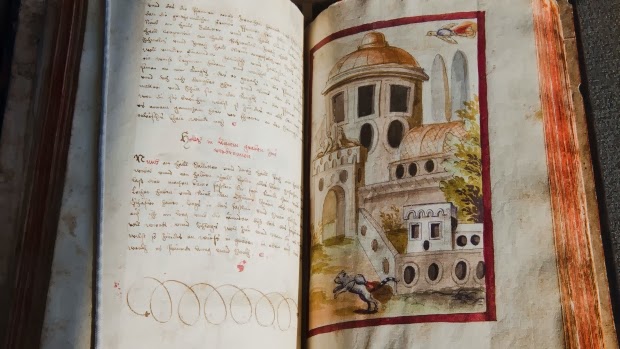 PHILADELPHIA -- You're a 16th century German prince plotting to crush a peasant rebellion, or perhaps you're leading an army against the Ottoman Empire or looking to settle the score with a rival nobleman. What's a guy looking for a tactical edge to do?
Bring on the rocket cats!
Fanciful illustrations from a circa-1530 manual on artillery and siege warfare seem to show jet packs strapped to the backs of cats and doves, with the German-language text helpfully advising military commanders to use them to "set fire to a castle or city which you can't get at otherwise."


headsup FreeRepublic, which has comments about Russians trying to use dogs to destroy tanks and US Batbombs.
Posted by Nancy Reyes at 11:26 AM

Email ThisBlogThis!Share to TwitterShare to FacebookShare to Pinterest
Labels: cats