David Warren on usury and ponders if modern day capitalism is compatible with Christianity.

related item: Instapundit suggests that the elites just want to be in power.

UPDATE: Davos Is A Corporatist Racket. “All right, you say, but surely it’s useful for powerful people to exchange ideas and learn from each other’s mistakes. Well, yes; but this lot rarely seem to learn. Whatever the problem, their preferred solution is always to establish a global bureaucracy staffed by people like themselves.

He also links to the Economist's observations on America's new aristocracy. 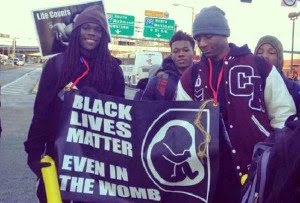 If you want to be depressed, read Mrs. GayCaswell's observations on life in politically correct Canada.
I'd say she sounds paranoid, except I saw similar problems of government bullying and drug related problems on the Objibwe reservation where I worked in Minnesota...including the one about fighting the oh so liberal bishop...

sigh.
-----------------------
StrategyPage points out that donors are tired of the corruption that misuses refugee funding, but the really important problem is the UN's policy of encouraging refugees to remain in camps for years and years, so they never resettle and assimiliate in their new countries but stay isolated and resentful against their old one, leading to future wars.
Italics mine:


The treatment of the Palestinian refugees is the most vivid example of this policy. The equal number of Jewish refugees expelled from Arab countries in the late 1950s was absorbed into Israel and Western nations and were never a problem. The Arab nations refused to absorb the Palestinians and insisted they remain refugees, which millions do until the present. This has caused or contributed to several civil wars and terror campaigns and the deaths of thousands of people.

they also critique the religion of peace

Nearly all religious schools that train Moslem clerics accept this hatred and hostility although many are prudent enough to stop short of actively supporting Islamic terrorism.

AReasonableMan said...The millions of birds killed by cats were unavailable for comment.

Bob Boyd said...The tricky part of this kind of research isn't making a deaf cat hear again. Its figuring out how to tell if the cat is still deaf or just ignoring you.