The Many Facets of Middle Earth

Renaissance man Brian Sibley had a blog post remembering his work on the 1981 BBC radio version of Lord of the Rings.

and, being the generous man with an interest in the arts, his blog post is not about himself, but about the artist Eric Frazer who did the art work on the cover of the BBC magazine RadioTimes, and how Sibley obtained some of the prints for his collection of graphic art. 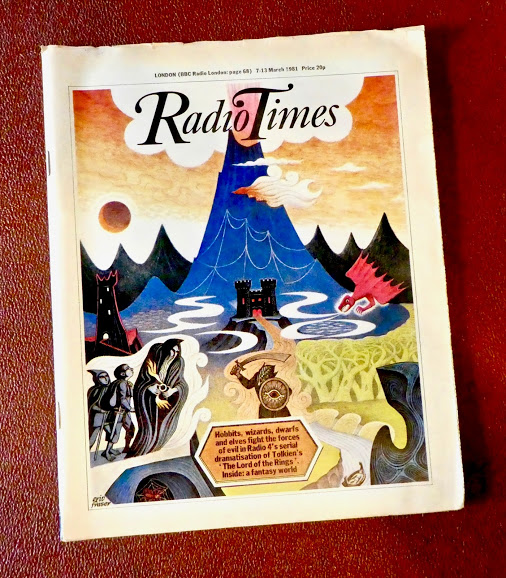 The essay includes many example of Frazer's art work both for LOTR and his commercial work.

I am familiar with Sibley's 1981 radio version of LOTR because years ago, when it was re released, I bought the CD set of that radio version.

interesting factoid: The reason that Ian Holmes was cast by Peter Jackson as Bilbo was because he played Frodo in the BBC radio version many years before.